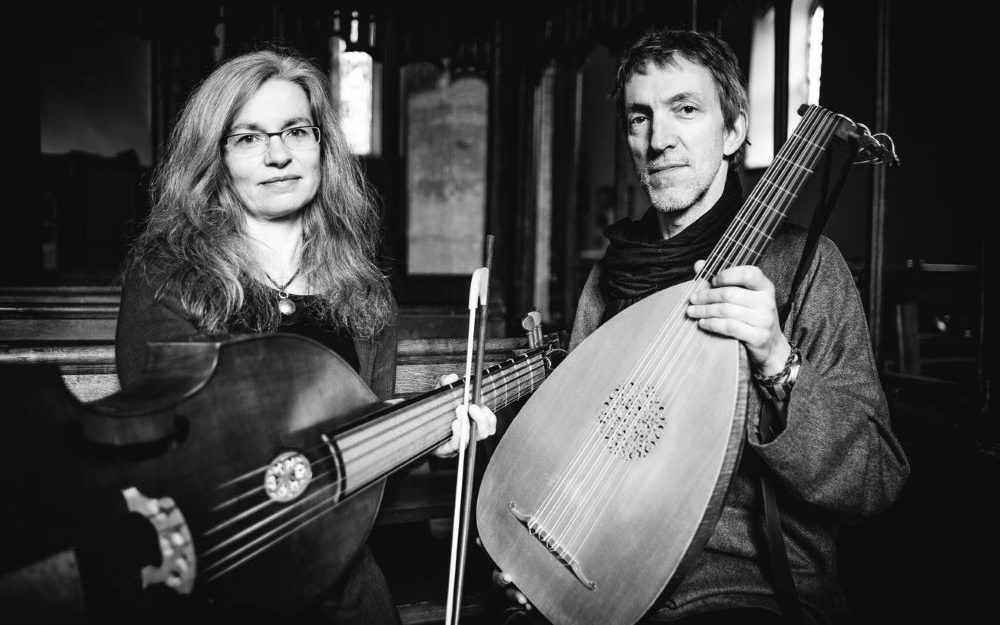 One of The Witham’s Trustees Hazel Spencer shares her response to the first of our Sunday Classic afternoon concerts, Pellingman’s Saraband on Sunday 29 September.

The couple live in Richmond and although they still perform internationally they won’t fly anywhere to a gig, so they are doing much more in the North -although he still performs a lot in Spain – travelling there and back by train. This is their contribution towards managing their global carbon footprint.

Although focused on early music you could hear her as a session musician on a Kate Bush album, and him as performer of some of the incidental lute music (surprisingly) dotted throughout the Harry Potter films. He was also a session musician for Lulu.

I can’t believe I was able to enjoy a concert of this calibre in Barnard Castle on a Sunday afternoon.

Thanks for sharing this, Hazel. Over sixty people enjoyed the first of our series of Sunday classics. Next one is on Sunday 20 October when the amazing Aquarius String Quartet return to play The Witham. Read more about this including the programme of music here