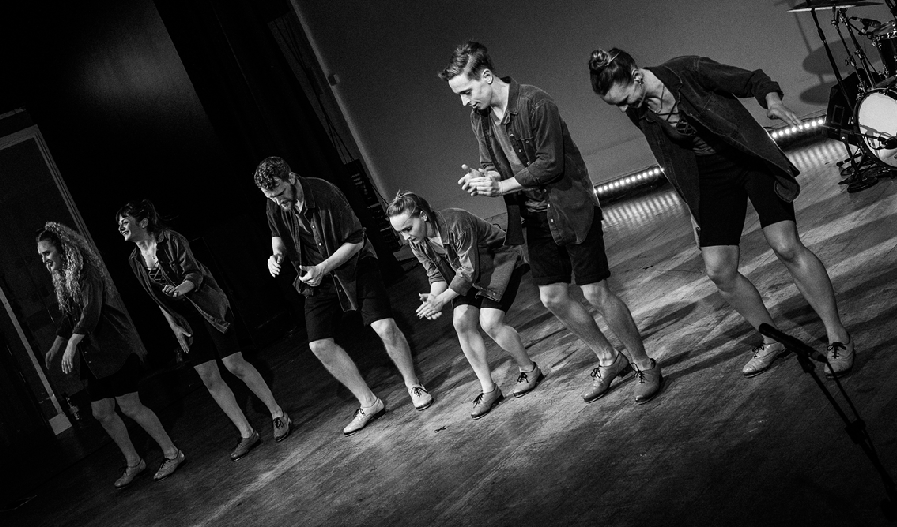 Oscillate is a collective work of its dancers’ talent across dance divisions—though using mainly tap and hip-hop rhythms to study all the ways humans interact.

Separate dances span movements of music, spoken poetry, vocal percussion, and silence — with the dancers in partners, solos, and group pieces depending on the particular theme being explored. Being a completely new style to me, it took a little while to understand what I was seeing and hearing; but I love how the audience gain an ear for the nuance of what certain sounds and movements mean: as the tender closeness of a slow dance, or the repetition and mimicry of steps representing the teaching and sharing of ideas. Though the meaning was sometimes vague, this gave everyone a different experience, allowing us to draw on our own impressions to fill in the gaps — it’s surprising how accurately tap dance articulated the breadths of communication.

The dancers were highly skilled, but what made it such a compelling performance was the expression used — they had great chemistry, their steps falling like words, as if speaking with their shoes! The music played a curious role, contrary to being guided by the tracks, the dancers moved against the sounds, jumping between the beats. The resulting contrast was very original, given that the music was digitally composed — analogue against the fluid performance. With the performers’ relationships and communication becoming more fraught and chaotic the louder the music became.

Whilst staying true to all the joys of dance, Oscillate manages to look at all the ways we connect and communicate; interrogating how words and ideas make relationships strong — but also how they can ebb away against all the noise.