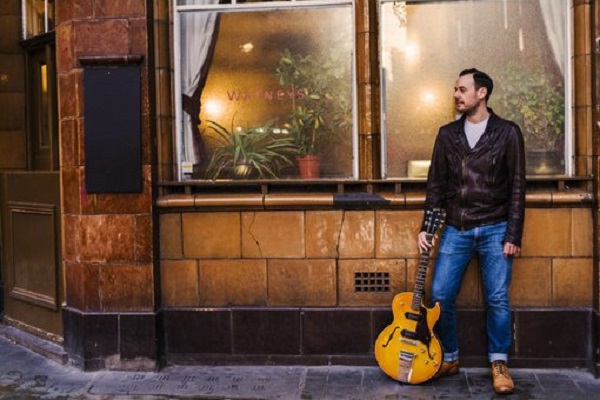 Since being named Best Newcomer at the 2010 BBC Radio 2 Folk Awards Sam Carter has been stirring audiences from Camden to Canada, via an attention grabbing appearance on Later… with Jools Holland.

Described as ‘the finest English-style finger-picking guitarist of his generation‘ by Jon Boden (Remnant Kings, ex-Bellowhead), Sam has toured the world, performing intimate solo shows on acoustic guitar, on electric with a full band, and collaborating with other artistsincluding Sweet Liberties , an EFDSS and Folk By The Oak joint-funded project which saw Sam, Nancy Kerr, Maz O’Connor and Martyn Joseph delving into the archives of Parliament in search of inspiration for songs about the pursuit and development of democracy. Sweet Liberties toured major UK venues, spawned an album of the same name and featured on BBC Radio 3’s World On 3 in late 2016.

Sam’s third solo album How The City Sings was released in April 2016 and captured this fervently admired singer, songwriter and guitarist at his most passionate and moving, with The Guardian calling it a ‘bittersweet electric-folk concept album’ in their glowing 4-star review .

‘We’d love to encourage young people to come along to this gig – if you are 16 years or under and have a group of 4 or more friends who would like to book tickets, please contact me direct at [email protected] for a group discount.’