Dispatches on the Red Dress 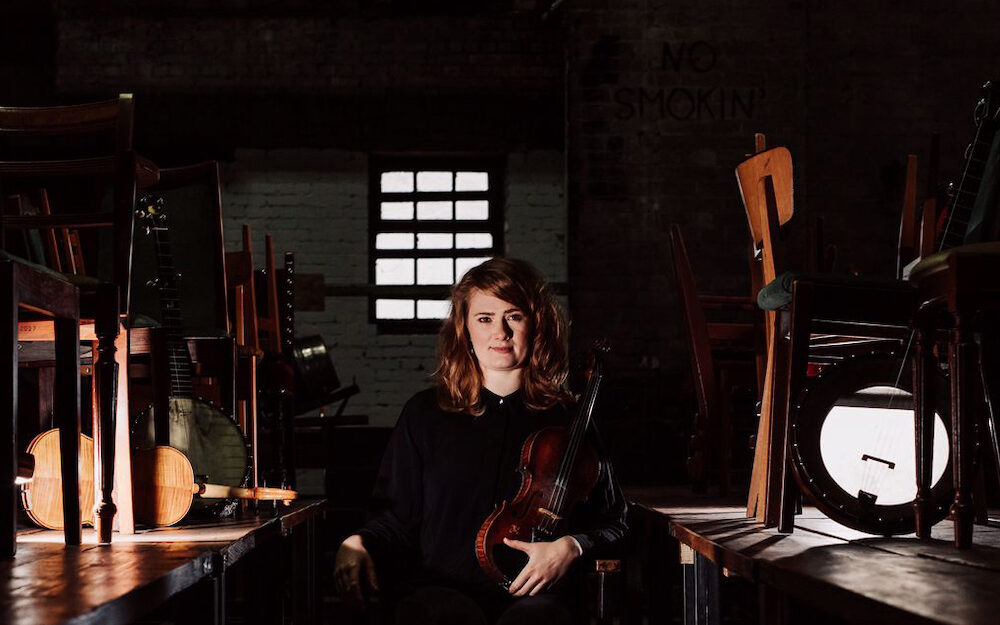 Widely regarded as one of the foremost innovators in folk music today, Rowan Rheingans’  deeply personal one-woman show, Dispatches on the Red Dress, blends her enthralling new writing with the warmth of a folk gig.

The performance provides an intimate and adventurous exploration of memory, identity, joy, sorrow, recovery and war as Rowan tells the true story of her German grandmother’s youth in 1940’s Germany.

The show weaves immersive storytelling around songs performed live with fiddle, banjo and guitar taken from Rowan’s debut solo album The Lines We Draw Together.

“Sublime. A narrative stitched with the subtlety of an expert dressmaker celebrating family, nature and the ties that bind.”
The Guardian’s Folk Album of the Month on The Lines We Draw Together.