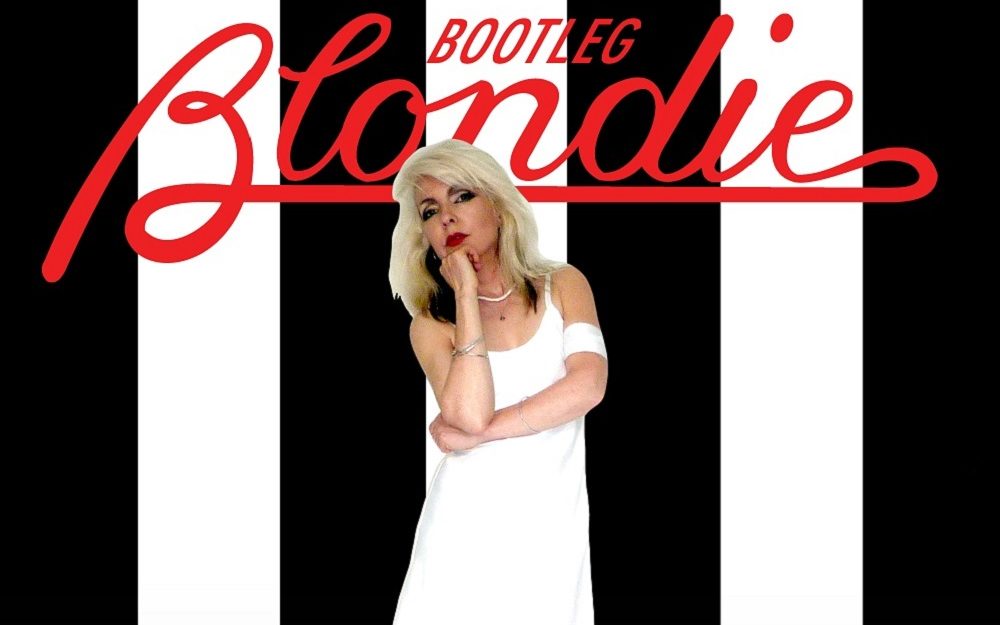 As the only Blondie tribute to play the legendary CBGB in New York City and have actually toured the UK with one of Blondie’s founding members, legendary and celebrated drummer Clem Burke, to celebrate 40 years since the release of Blondie’s iconic album, Parallel Lines.
Debbie Harris and Bootleg Blondie have played major venues and festivals around the UK and Europe including the Isle of  Wight Festival, the 100 Club, the Hammersmith Palais, the Electric Ballroom London, and have opened for The Undertones, Slade, Hazel O’Connor, Bananarama, David Essex and Chas and Dave!

Debbie Harris, lead vocalist of Bootleg Blondie, has the looks, the voice and the attitude of the original Blondie bombshell and, like her heroine, is typically outrageous on stage. Debbie’s pride & joy is her guitar which she plays at every show and is signed by all the Blondie band members.
She performed on two shows for BBC1 when she was picked out of 15,000 applicants to represent Debbie Harry on ‘Even Better Than The Real Thing’ hosted by Paddy McGuinness which attracted an audience of 10 million viewers!

‘Good luck with your show!’ DEBBIE HARRY
Due to popular demand, this will be an all standing event – so come prepared to boogie along to the Blondie classics. Doors to the bar will remain open during the performance, so cooling refreshments will be available and seats for those who may need a break from energetic dancing. It will be an ‘Atomic’ experience!