A Band called Malice – The Definitive Tribute to The Jam 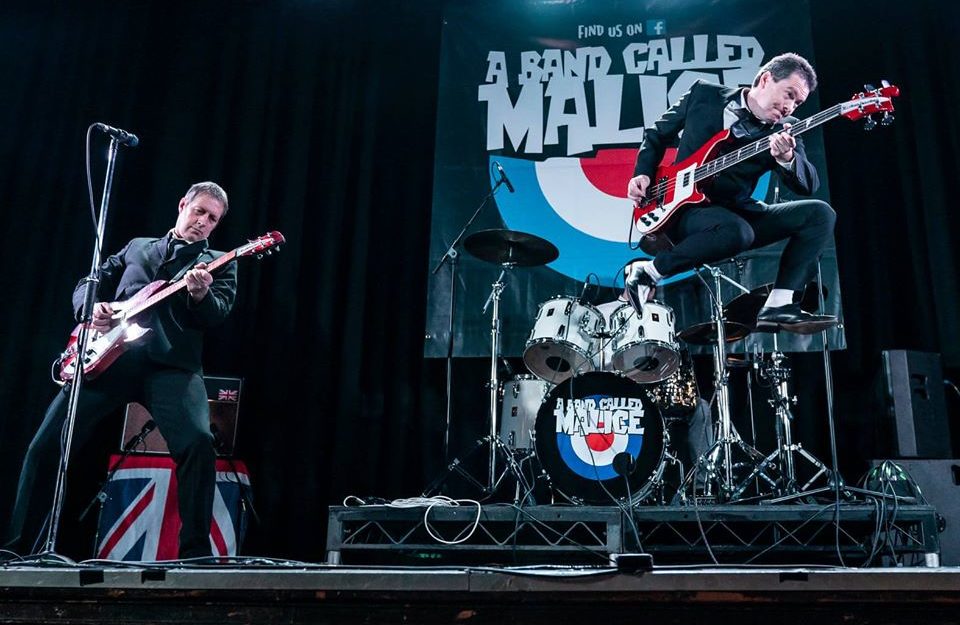 Sadly, this event is now cancelled due to Covid-19. We hope to book another date with the band in 2021. A Band Called Malice (“Malice”) was formed in the early Summer of  2017.

The band is officially endorsed by Lambretta Clothing of Carnaby Street, and having no less than a 1/4 of a million views on their video of the street performance at Carnaby Street in November 2017.

Enjoy a journey straight back to the late 70s, early 80s with an authentic performance of single releases and album tracks from The Jam’s early Fire & Skill years, through to their very last release.

The energy of the band has to be seen to be believed!