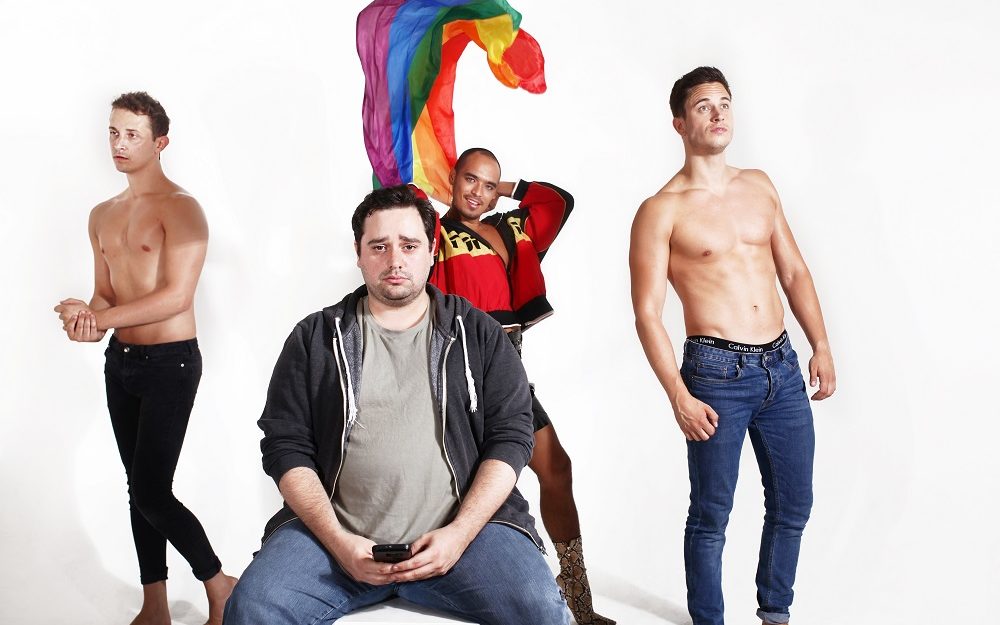 Our young theatre reviewer Evie Scott responds to GUY The Musical, at The Witham on Friday 7 February 2020.

I’ll be honest in saying I don’t particularly enjoy musicals — but found GUY to be a light-hearted and well-paced story, that was fun and easy to follow. The story took place in and around Ikea-esque white cubes, which were cleverly used as phone screens to mimic dating  profiles, and dance spaces throughout musical numbers—with scene changes depicted with coloured lighting, the play had a very sleek and digital feel that matched the themes and music well (with the whole thing somewhat reminiscent of a 1975 album).

The focus of the narrative was Guy searching for a boyfriend through dating apps but struggling with self-image and confidence within toxic online spaces, and ultimately resorting to catfishing. As he eventually finds love and forgiveness, the message is one of self-love; however, it’s not easy to look past Guy’s actions and forgive the pain he’d caused to his friend and ultimate victim. Catfishing stories are quite difficult to conclude satisfyingly—especially considering Guy’s redemption and the full effects of what he’d done were almost brushed over.

Regardless of this, it’s wonderful to see queer theatre so readily and widely supported at small, rural venues like the Witham. Granted the story was very accessible for anyone familiar with the world of online identity and relationships, though it also provided a vital voice against the prejudices and stereotyping that exist within the LGBTQ community. I hope that wonderful pieces like these can continue to be represented by the Witham.